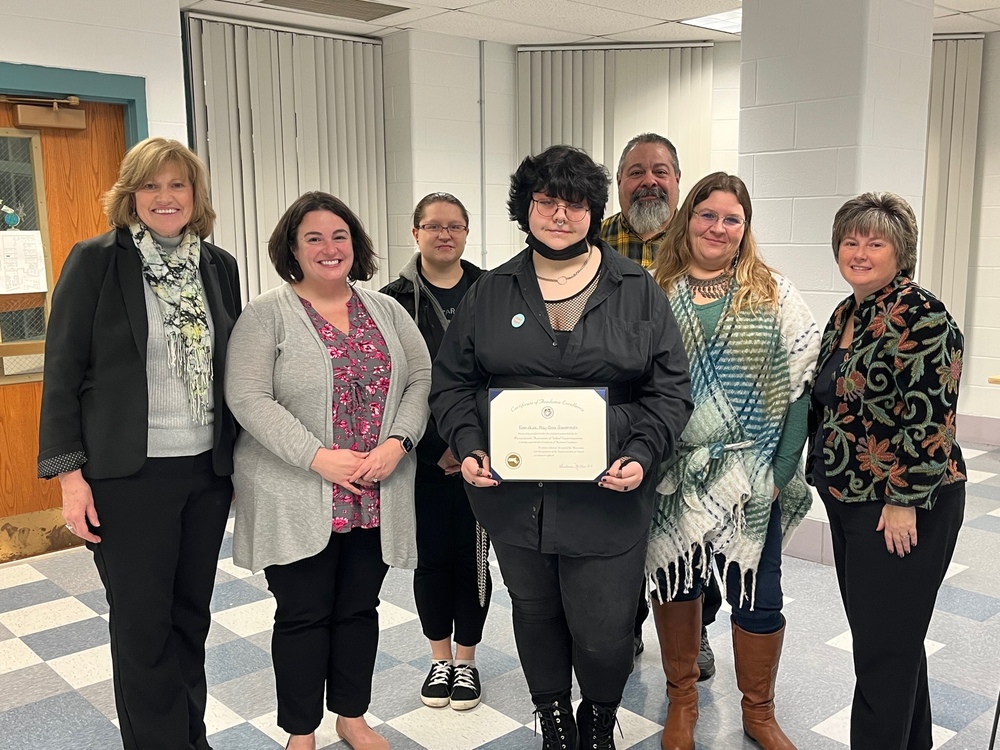 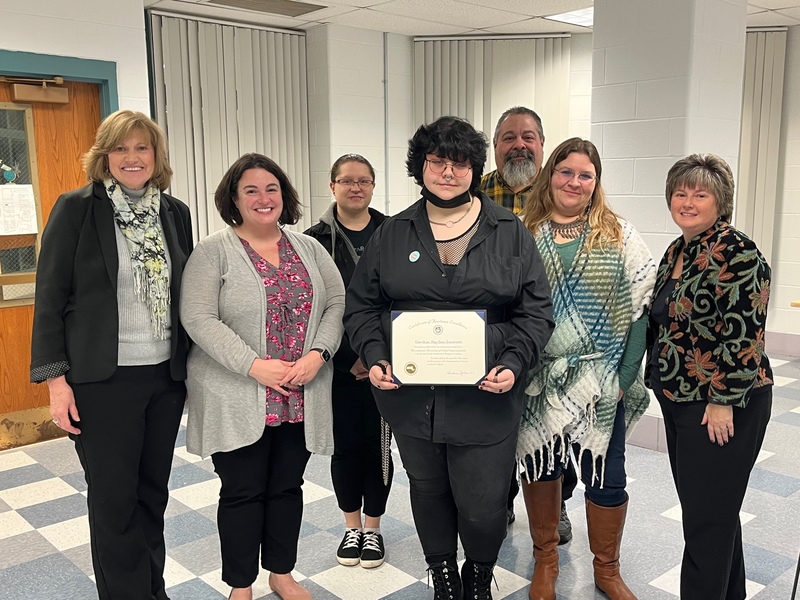 The award is presented annually by the superintendent to the highest-ranking Drury senior who has distinguished themselves in the pursuit of academic excellence.

"Evan-Quinn has taken a challenging course load during their time at Drury High School, including Advanced Placement courses and dual enrollment courses in conjunction with Massachusetts College of Liberal Arts," said Superintendent Barbara Malkas at Tuesday's School Committee meeting. "Evan-Quinn was named to both the Nu Sigma and Pro Merito honor societies and received the RIT book award for innovation and creativity."

They were also a recipient of the John and Abigail Adams scholarship. Goodermote is a media studies intern in the school library, has a passion for reading and writing and performs slam poetry in their spare time, the superintendent said.

Goodermote plans to attend the Culinary Institute of America and pursue a career in the culinary arts field with an emphasis on pastry.

Recipients must be in the top 25 percent of their class, have a minimum score of 504 in English language arts and 508 in math. The award covers tuition of $1,700 for up to eight semesters at a state college. 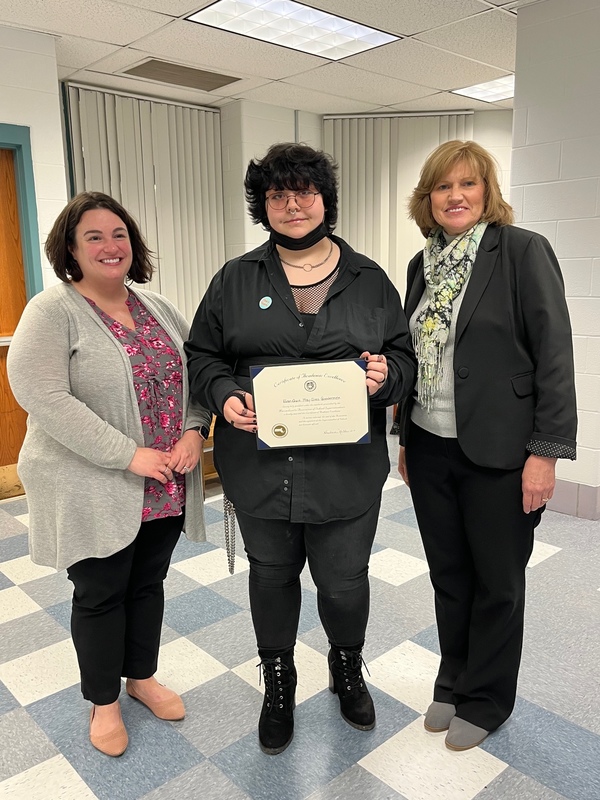 "I'm very proud of the work that the three elementary principals have done collaboratively as well as with their own individual faculties and school councils," said Malkas. "With regards to their school improvement strategies, you're going to see great alignment to the district objectives and great alignment between the schools, as well as that nuance for individual context."

The presentation was made by Brayton Principal Theresa Dudziak and Greylock Principal Anne-mary Riello; Colegrove Principal Amy Meehan could not attend and her colleagues included her presentation.

The principals said the overarching themes were to cultivate distributed leadership, shared responsibility and professional collaboration between the schools and explore and implement intentional practices for improving instruction, as well as provide students specific supports and instruction. The goal is to foster a positive school climate and culture in an environment focused on equitable outcomes.

"The first initiative, or objective, at the district level is supporting students and staff mental health, and so the three schools we all kind of aligned to that as well," said Riello. "At Greylock, we are going to develop a shared understanding of social emotional learning and the competencies needed for positive engagement in the school community."

This will be done by continued implementation of PBIS, or "Positive Behavioral Interventions and Supports," a framework for modeling positive behaviors starting with simple actions schoolwide and working up to individualized services for high-risk students.

Mayor Jennifer Macksey, chair of committee, questioned the tracking of attendance at Colegrove and whether that was an objective for the other schools.

Dudziak said it definitely was but the higher priority was figuring out classroom situations at the moment.

"That's in my action steps, it's just not in the overall initiative, but it is part of the data analysis," said Riello.

The second initiative is creating a safe environment to explore issues of inquity. That will include a school-based team that will look at and analyze diversity, equity and inclusion in conjunction with the district.

Dudziak said Brayton will also be focusing on strategies for improving literacy and math, including intervention techniques and classroom practices and that Colegrove was establishing standards to align classroom assignments with assessments.

Greylock is continuing the work of the past couple years in the tiered math recovery academy and plans a professional development next year for all math teachers. This is year two of the initiative, Riello said.

Attendance has been a concern, not only in North Adams but statewide. Malkas, in response to questions, said it was difficult to do a comparison with the last couple years because of the pandemic, with the district was telling students to stay home if symptomatic or were in close contact with infected individuals.

"In terms of trend data, all we can go by is the data we have right now. And looking at those students who are potentially approaching chronic absenteeism, which is defined in the status 10 percent of the academic year," she said. "So attendance is an issue everywhere. And like in the entire country, not just Massachusetts, but really everywhere. ...

"We're all being asked to kind of monitor and pay attention to it ... specifically to see what are the factors affecting those students who have chronic absences."

Malkas said she wanted to state on camera (the meeting was available on Zoom) that understood people "get very upset when they get a letter indicating that their child's been absent for several days. .... It really comes from a good place we are genuinely concerned, because we know that this time from school impacts academic achievement."

Parents and guardians should let the school district know if there are challenges keeping their children from school so they can work on removing barriers, she said.

Malkas said she would have attendance data to present at a future meeting.

In other business, the superintendent said there were positive cases of COVID-19 at all four schools following the Thanksgiving holiday. The school department had passed out at-home tests to be taken the Sunday before school resumed.

"That did help identify some cases but if they're last known contact was over that weekend, we did see a few additional cases after the fact, like three or four days later," she said. "Most of it was associated with travel ... So we do have some anxiety as we head towards the holiday break. We know that people will be gathering.

"They will receive another test kit with two tests in it with the goal that they will test prior to return to school and save the additional test in the event that they become symptomatic in the following week."

She noted the increased incidence of respiratory syncytial virus, or RSV, which looks like COVID.

"It is particularly harmful for children. They tend to get sicker faster and stay sicker longer with RSV so it's important that if ... your child has those symptoms that they are tested for both COVID and RSV and for folks to ask their pediatricians to do that," Malkas said. She suggested it was a good idea to begin wearing masks again in larger gatherings and washing hands frequently.

• The committee also accepted a $50 donation in memory of Cecelia Peterson from her grandson, David Peterson.

Cecelia Morehouse Peterson of Clarksburg drove a school bus for J.T. Bus Lines for 28 years. She died on Oct. 5 at age 84. 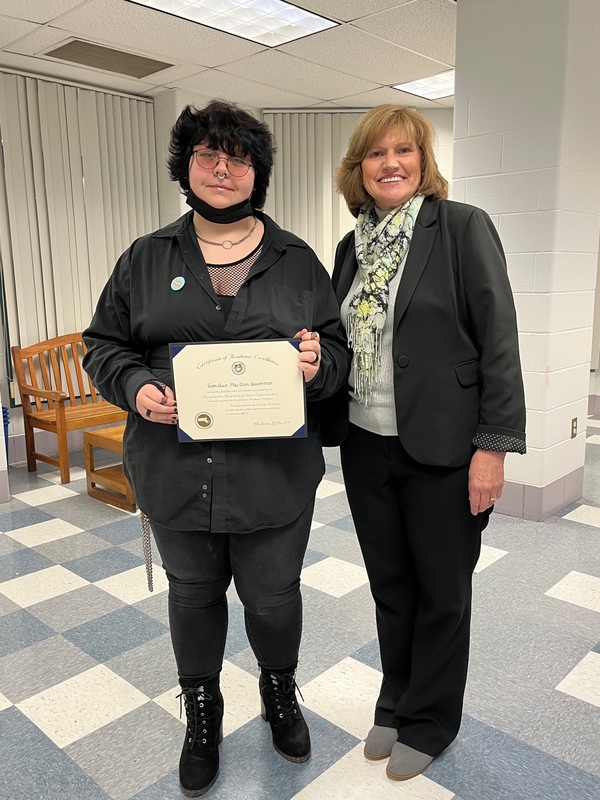